Africa’s petrorulers (heads of state of Angola, Cameroon, Chad, Congo-Brazzaville, Equatorial Guinea, Gabon, Ghana, Nigeria, South Sudan, and Sudan) may be headed for tough times later this year. According to a piece by (Steve Levine) over at FP, Saudi Arabia – the world’s leading oil producer – is considering flooding the global oil markets with the aim of sticking it to the Russians and Iranians. Saudi action of this nature could lower prices to as low as US $40 a barrel from the current $83.27.

With the exception of Ghana and Cameroon, such a drop in oil prices would almost certainly lead to political unrest in the rest of Africa’s oil producers. Sudan and South Sudan are already facing huge revenue shortfalls due to a dispute over the sharing of oil revenue.

Teodorin Obiang’s free ride is over. The son of the Equatorian dictator has had some of his wealth seized by the US government on suspicion of money laundering. For more on Equatorial Guinea read Ian Birrell‘s piece at the Guardian here.

Check out the Peter Gastrow Report on Transnational Organized Crime and State Erosion in Kenya. The juicy bits are between pages 47-50. The thick and thin of it is that very senior Kenyan politicians are implicated. For a related earlier post on drug trafficking click here.

Smith at African Confidential discusses the Kenyan involvement in Somalia, with an added section on the complexity of the intervention. He also raises questions about the link between al-Shabab and piracy and touches a bit on why the organization could yet find a fertile ground for recruitment on the Kenyan coast.

The African Union (AU) has had a rough few months. The diplomatic failures in Zimbabwe, Cote d’Ivoire, and Madagascar exposed the organization’s incompetence. The misguided anti-ICC crusade continues to cement the image of the organization as nothing more than a club of out-of-date and tone deaf autocrats. To many observers, calls for “African  Solutions to African Problems” amid all this failure has been seen as a cover of impunity and mediocre leadership on the African continent.

It says a lot that the current chairman of AU is President Theodore Obiang’ of Equatorial Guinea; a man who leads an oil-rich country of under 0.7 million people, with a per capita income of more than 30,000; but with more than 70% of its population living on less than $2 a day. 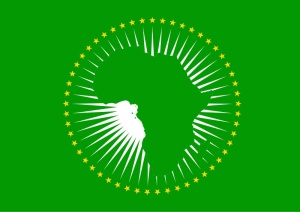 The epitome of the organization’s woes was the total snub it got from NATO before the military campaign against Libya’s Gaddafi, one of the AU’s main patrons. The AU was created by the Sirte Declaration, in Libya. Mr. Gaddafi’s influence ranged from his “African Kings” caucus (in which he was the King of Kings) to investments from Libya’s Sovereign wealth fund. I bet Gaddafi had a hand in the organization’s green flag.

So what ails the African Union?

The AU’s problems are legion. In my view, the following are some of the key ones.

What would reforming the AU entail?

I am not a fan of the idea of the United States of Africa. That said, I believe that a regional organization like the AU can be a force for good. But in order for it to fulfill its purpose, it has to change. The change must reflect the regional power balance; it must increase the competence quotient in the AU and it must increase the voice of the average African within the organization.

The African Union has its biannual summit in Malabo, Equatorial Guinea this week (This guy is the current AU Chairman, no joke).

The struggling AU has a lot on its plate at the moment (subject of an upcoming blog post). It is in the middle of trying to put out new fires in Sudan and Libya, while ignoring/recovering from the humiliation of its failures in Somalia, Cote d’Ivoire, and Zimbabwe – not to mention the region’s other problems.

All this while insisting on “African Solutions to African Problems,” despite the organization’s infamous reputation for incompetence.

Top on the agenda at the summit has been the ongoing hostilities (Obama might disagree) in Libya. According to the Oman Daily Observer, the AU has come up with a plan that

“envisages a ceasefire, humanitarian aid, a transition period, reforms towards democracy and elections, but the position on the future of Gaddafi has not been made clear.”

In other words the heads of state in Malabo, led by their Chairman Obiang, are hoping to do a Zimbabwe: Have Gaddafi in charge of the same reform process that is supposed to phase out his 42-year rule. I need not elaborate how this story ends.

The Times has a nice story on Obiang’s Equatorial Guinea that is worth reading:

American oil companies have billions of dollars invested here. One American diplomat, using language that makes human rights advocates fume, praised the “mellowing, benign leadership” of the dictator in power for more than 30 years, Teodoro Obiang Nguema Mbasogo, in 2009 cables released by WikiLeaks. And a leading American military contractor with strong Pentagon ties has a multimillion-dollar contract to protect his shores and help train his forces.

You may recall that Obiang’s son was recently reported to have ordered a $380M luxury yacht. The Obiang’s and their backers continue to run the central African country like a personal possession.

According to the Guardian:

President Obiang, who has ruled since seizing power in 1979, has decreed that the management of his country’s $3bn a year in oil revenues is a state secret. That is why it is difficult to say for sure exactly how he comes to have about $700m in US bank accounts. But the president’s son gave an insight into his salary in an affidavit filed with the Cape high court in South Africa in August, as part of a lawsuit against him over a commercial debt.

Like the Times article points out, outsiders like the US government and foreign oil companies deserve to be called out over the goings on in Equatorial Guinea.

That said, the lion’s share of the blame is on Obiang’ and his backers. As far as I know none of the foreigners involved in the country held a gun to his head and asked him to siphon off billions of his country’s revenue to foreign bank accounts.

More on the Times story here.