Premised on the notion that the study of institutions is critical for understanding both political and economic development, this book seeks to answer two simple questions: What explains both cross-sectional and longitudinal variation in legislative strength under autocracy? And, under what conditions do democratic institutions emerge from their autocratic foundations?

To answer these questions, the book relies on material evidence from legislatures in Africa. Compared with the more powerful executive branches, legislatures throughout the continent have historically been classified as weak and largely inconsequential to policy–making processes. 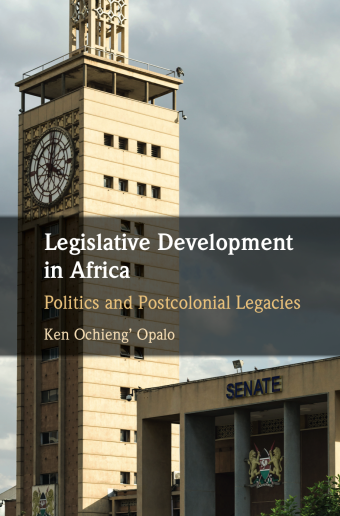 But, as shown in this book, African legislatures actually serve important roles, and under certain conditions, powerful and independent democratic legislatures can emerge from their autocratic foundations.

The book explores the drivers of legislative institutional development. To that end, it examines the colonial origins of African legislatures, as well as how postcolonial intra–elite politics structured the processes of adapting inherited colonial legislatures to their respective local political contexts and therefore continued legislative development. Through case studies of Kenya and Zambia, it offers a comparative longitudinal study of the evolution of legislative strength and institutionalization in the two countries, as well as a regional survey of legislative development under colonial rule, postcolonial autocratic single-party rule, and multiparty politics throughout Africa.

You can order the book here or here.