MR’s Tyler Cowen (also Professor of Economics at George Mason) recently spent six days in Lagos. Here is what he has to say about Africa’s biggest and most economically dynamic city:

A trip is often defined by its surprises, so here are my biggest revelations from six days in Lagos, Nigeria.

Most of all, I found Lagos to be much safer than advertised. It is frequently described as one of the most dangerous cities on earth. Many people told me I was crazy to go there, and some Nigerian expats warned me I might not get out of the airport alive.

The reality is that I walked around freely and in many parts of town. I didn’t try to go everywhere or at all hours, and I may have been lucky. Yet not once did I feel threatened, and I strongly suspect that a trip to Lagos is safer than a trip to Rio de Janeiro, a major tourist destination. (In my first trip to Rio I was attacked by children with pointed sticks. In my second I found myself caught in a gunfight between drug lords). Many Lagos residents credit the advent of closed-circuit television cameras for their safety improvements.

So if you’re an experienced traveler, and tempted to visit Africa’s largest and arguably most dynamic city, don’t let safety concerns be a deal killer.

I have never been to Lagos, and look forward to fixing this in 2017. So far my experience of West African (commercial) capitals is limited to Dakar, Accra, Lome, Conakry, Nouakchott and Monrovia (I like them in that order). Dakar edges Accra only by a whisker, mostly on account of the seascape. I have spent way more time in Accra, and therefore my ranking might also be a function of my knowledge of Accra a little too well.

Accra beats all other cities on food. It has the most variety, and nearly all of the offerings beat the bland stuff that we East Africans consume. The grilled tilapia and banku is unbeatable.

Oh, and I must admit that I have a slight preference for Senegalese jollof. My wife insists that Ghanaian jollof is the best jollof (ahead of both the Nigerian and Senegalese variations). I look forward to sampling Naija jollof so we can finally settle this disagreement. 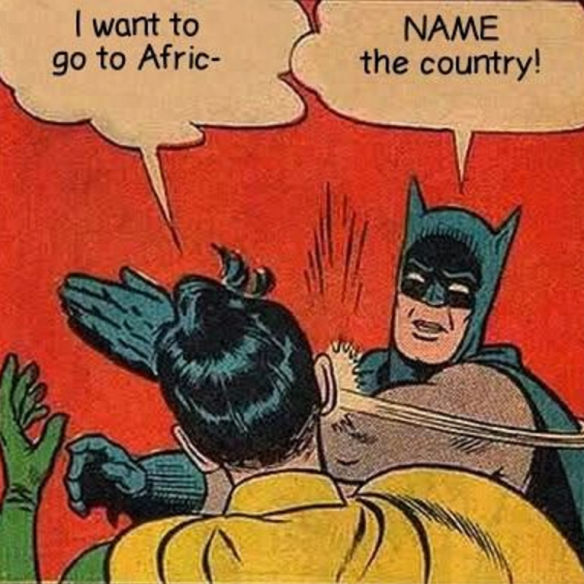 Well, if you thought the era of coups was gone, think again. The Mauritanian army has ousted the country’s president, Sidi Ould Cheikh Abdallahi, in a bloodless coup. The army has cited the president’s overtures to Islamic fundamentalists and his recent sacking of four of the country’s top military commanders as the reason for his ouster. The president has apparently been getting too close to Islamic fundamentalists and supposedly planned to build a mosque within the presidential compounds.

He and his wife have also been accused of corruption. Earlier in the year the president narrowly avoided a vote of no confidence in the nation’s parliament. The EU has threatened to withhold aid the Mauritanian if the president and his prime minister – both detained by the coup leaders – are not reinstated soon.

The leader of the coup, Gen. Mohamed Ould Abdel Aziz, has instituted a state council in place of the presidency. It is unclear how long he plans to rule the country.

Mauritania, a former French colony, is a vast country in West Africa with a population of 3.4 million. It is predominantly Arab and is a member of the Arab league. The country has large deposits of iron ore and in 2006 struck oil, making it one of Africa’s newest oil producers.

Mauritania remains the last outpost of the distasteful practice of slavery. Although the government abolished the practice in 1982, little was done to stop the country’s well to do, black and barber alike, from enslaving their own fellow citizens. According to the Open Society Justice Initiative, about 20% of the population- close to 500,000 people – have been enslaved over the last three decades.

This grim situation might soon change. There have been signs of progress in this desert country since its first ever democratic elections in March of 2007. The new government has shown its commitment to ending the vice by passing a much awaited legislation to criminalize slavery in August of this year. This was followed in November by an announcement by the finance minister of a 19 million euros plan for the reintegration of former slaves into the community. The money will be channeled towards poverty alleviation and empowerment of the rural poor who have bore the brunt of this most heinous violation of human rights.

Human rights groups are “very pleased,” with the development but at the same time one wonders why it took so long for the government of Mauritania or other regional organizations to take action and end this most abhorrent practice.