Emilio Mwai Kibaki steps down as president next Tuesday a satisfied man.

His legacy as the man who rejuvenated the Kenyan economy after decades of malaise under President Daniel Arap Moi is secure. His signature achievements were investments in infrastructure and the freeing up of political space.

As president he was the Delegator in Chief.

His biggest failure was the disastrous 2007 general election. Many believe he unfairly robbed outgoing Prime Minister Raila Odinga of victory. Following the election violence erupted in the country in which 1300 people died and 300,000 were displaced from their homes. Many of the displaced are yet to return to their land and homes 5 years later.

When all is said and done Mr. Kibaki’s record on the economic front stands out. The question of how equitable the growth was under his watch is up for debate – many think it wasn’t. What is unassailable is just the sheer amount of wealth that was created during his 10 years in State House.

Hongera Mzee. Ji-enjoy in retirement (although I think your retirement package is totally ludicrous). 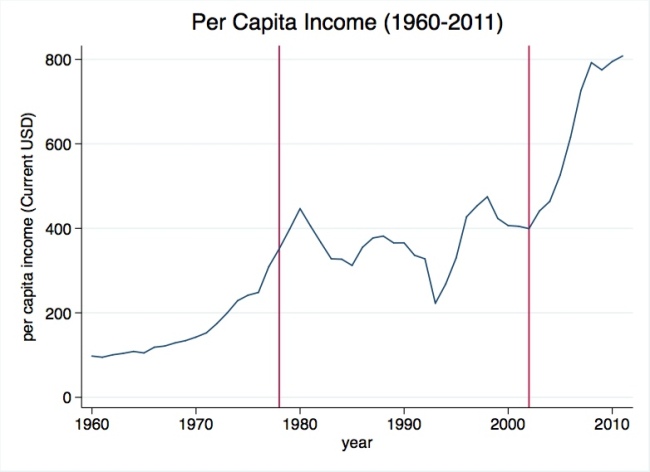