Ipsos Synovate just released another poll on the upcoming presidential election. The poll shows Prime Minister Raila Odinga leading his deputy Uhuru Kenyatta by 46% to 40% in approval rating. 10% of of those polled were undecided. More on the latest polls this weekend after I get a regional breakdown of the data.

For the historical trend in the polls, including today’s, see below. 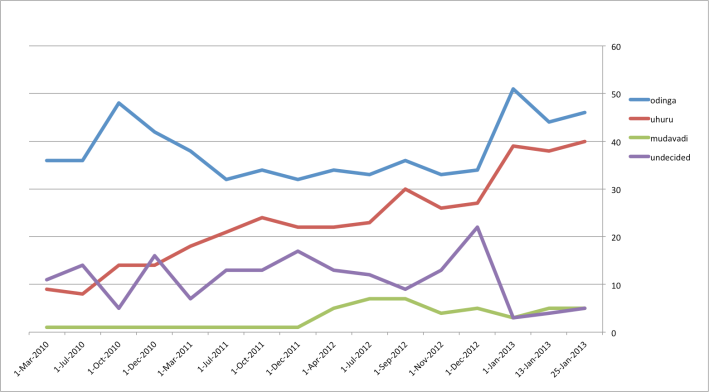 On a related note, the Guardian Africa Network has a piece on the threat of violence leading up to and after the March 4th poll. Some call such warnings fear-mongering, but I’d rather have everyone freaking out about violence and thus sort of prepared than a repeat of 2007 in which everyone – including Kenya’s intelligence services – was caught flatfooted.