This is from Maggie Fick, reporting for Reuters:

Rahmat Hussein once inspired fear and respect for the watchful eye she cast over her Ethiopian neighborhood, keeping files on residents and recommending who should get a loan or be arrested.

Now she is mocked and ignored.

Her fall – from being the eyes and ears of one of Africa’s most repressive governments to a neighborhood punchline – illustrates how Ethiopia’s once ubiquitous surveillance network has crumbled.

… Stacked on top of Rahmat’s kitchen cabinet in the town of Debark, 470 km (290 miles) north of Addis Ababa, are a dozen bulging folders detailing the lives of 150 neighbors: who has money troubles, who has HIV, who is caring for an orphan and who is hosting a stranger.

One of the consequences of the recent democratic opening in Ethiopia under Prime Minister Abiy Ahmed Ali has been the curtailment of the state’s surveillance apparatus. 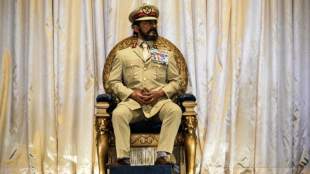 While this is certainly welcome (there is a reason agents like Ms Hussein inspired fear and respect), it still raises the question of what will replace the state’s reach in Ethiopian society. While oppressive and at times murderous, the autocratic surveillance system was also an important source of the state’s infrastructural power. The EPRDF used it to mobilize Ethiopians for agricultural extension services, registration of births and deaths, immunization campaigns, etc. Throwing the baby out with the birth water could mean that, in the interim, the Ethiopian state will get weaker as it democratizes.

This is already apparent. The weakening of the federal government’s local reach that began in 2015 has over the last two years made it very difficult for the federal government to contain violence in the country’s ethno-states. Beyond the potential rise in violence, continued erosion of state capacity may handicap Ethiopia’s ability to implement its ambitious development agenda.

Can the EPRDF/TPLF state and administrative structure be democratized and turned into a system of developmentalist “revolutionary” self-government? Perhaps.

But all indications are that the centre will respond to the increasingly centrifugal forces in the states with more centralization and top-down imposition of order. Any calm in Oromia will likely be replaced with disquiet in Tigrinya and Somali. Adding to the centre’s challenge is the fact that it will be impossible to reverse the entrenchment of Ethiopia’s federal character (to borrow a Nigerian phrase).

The silver lining in all this is that the nature federation in Ethiopia, including the existence of state-level security forces, provides a structural barrier to a return to extreme forms of top-down autocratic rule like existed under the Derg or the Emperor.